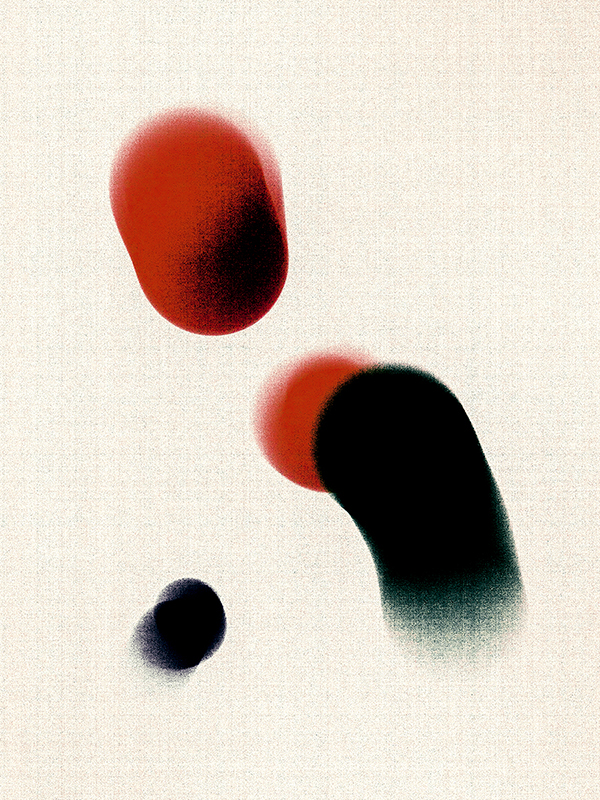 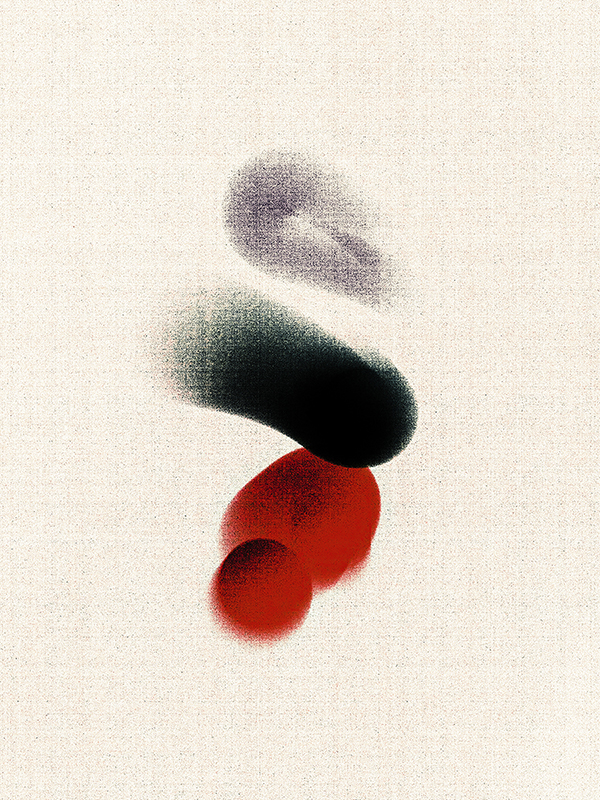 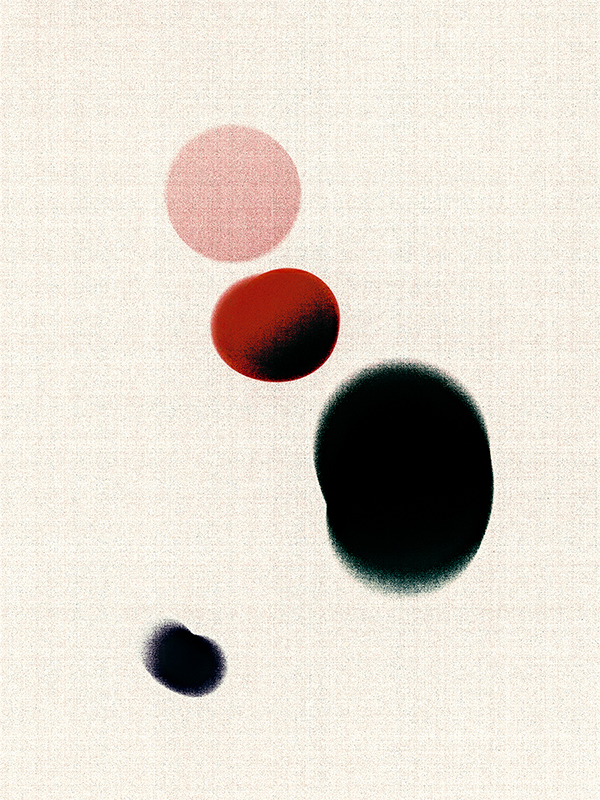 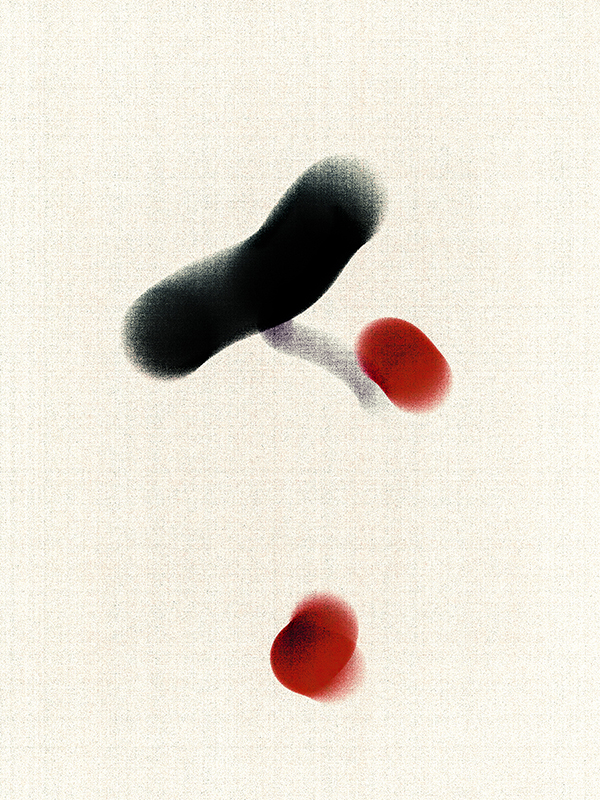 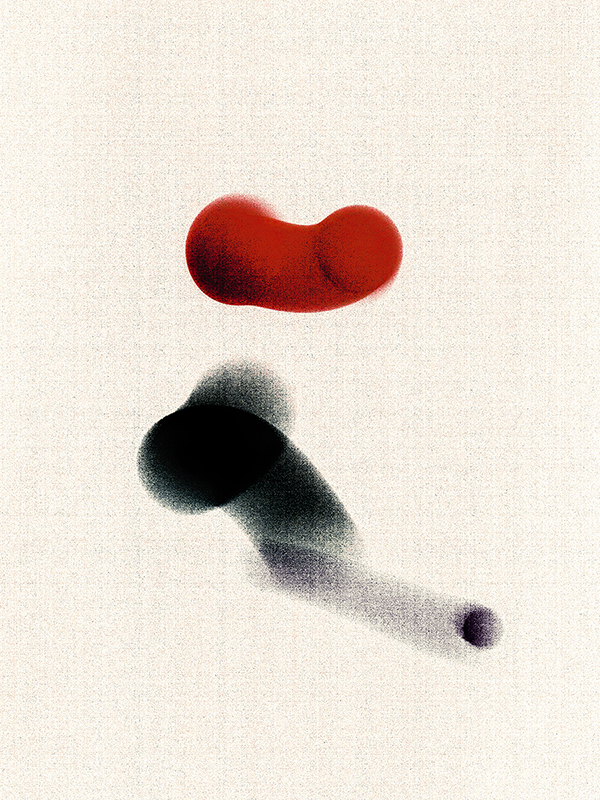 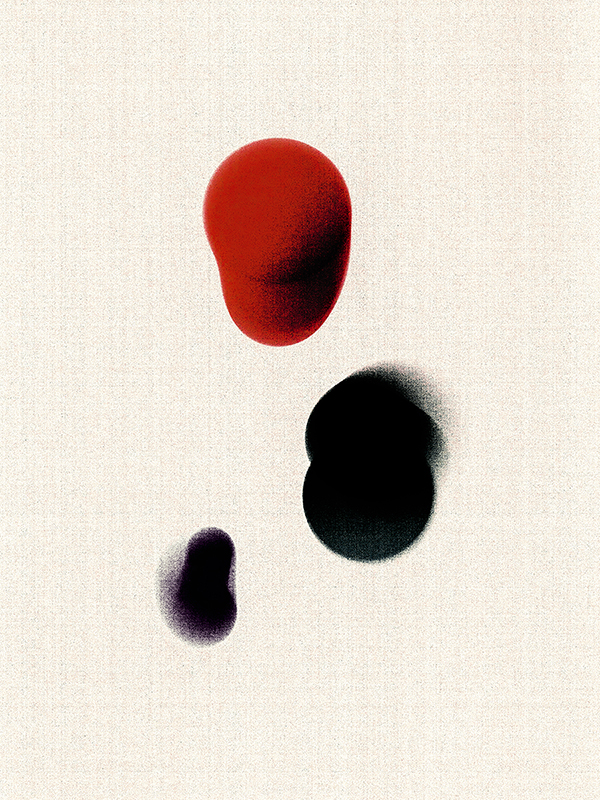 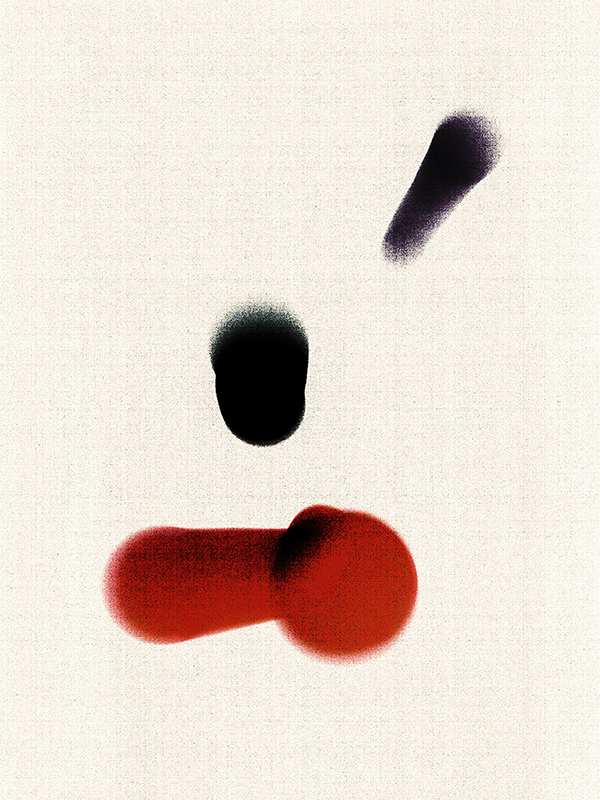 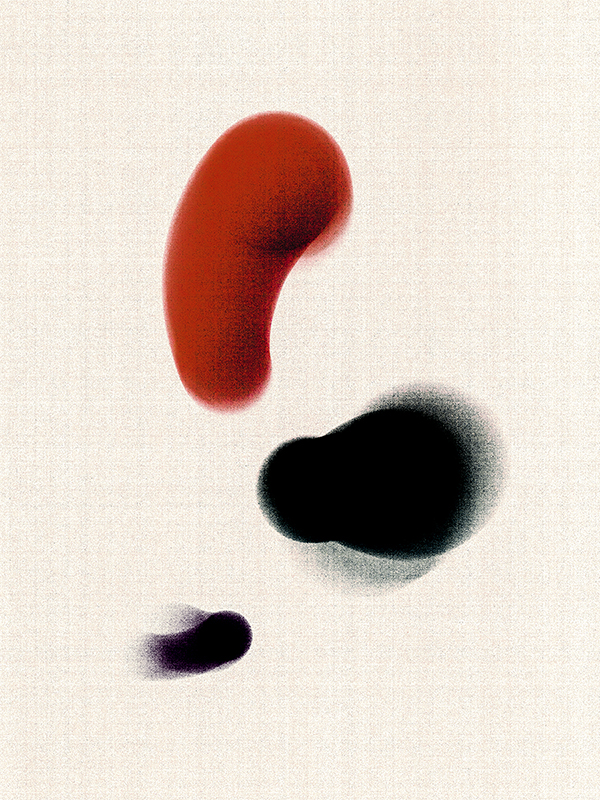 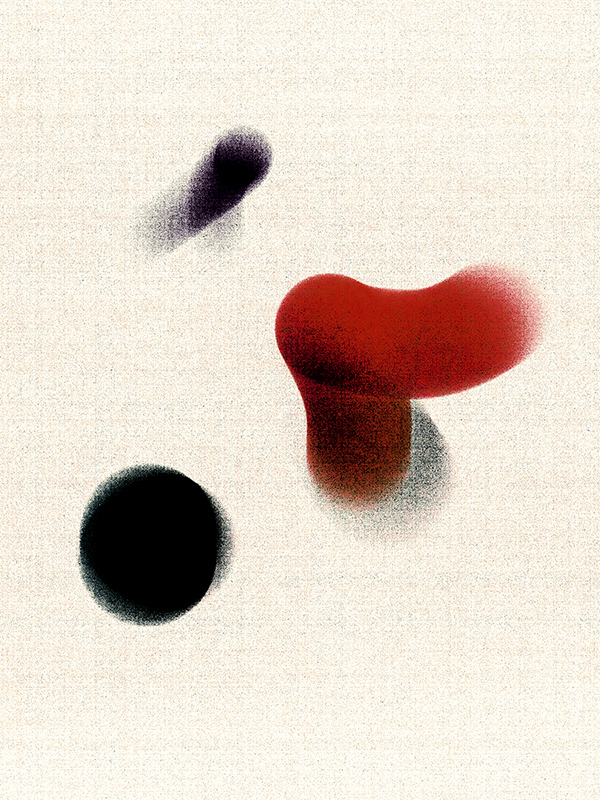 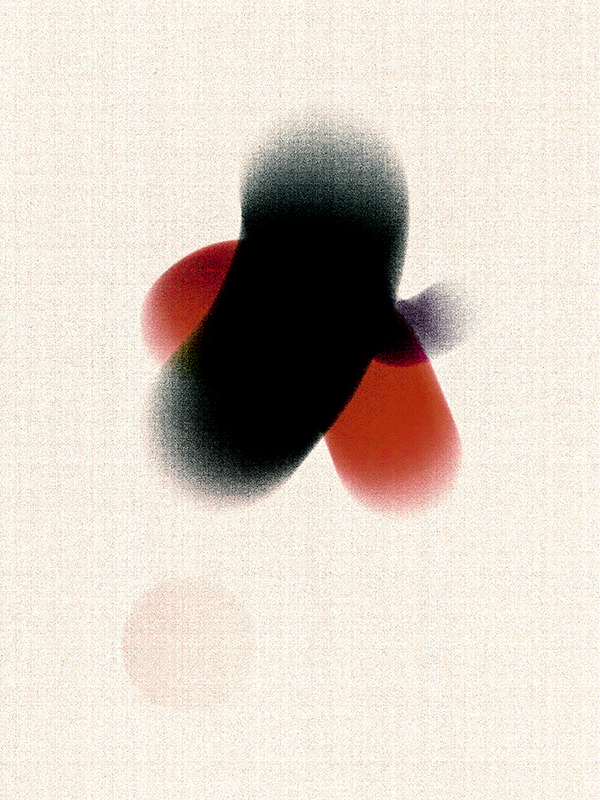 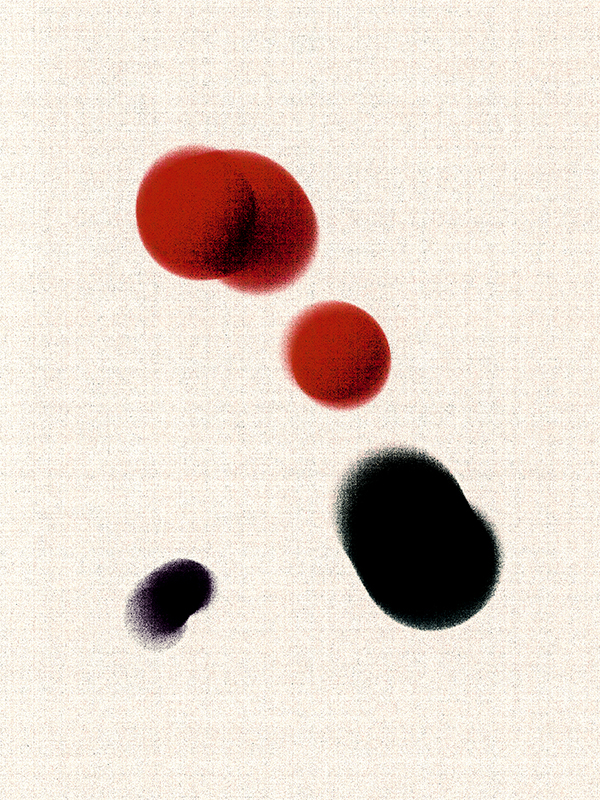 The seductive aesthetic qualities of the photographs in Luuk de Haan’s series ukiyo (2017) involve a sense of drifting movement, ambiguous floating forms that defy the flatness of the picture plane, appearing to hover somewhere between us and the light, textured background. The Japanese title translates approximately as ‘sad, troublesome world’, adding a melancholy interpretation to the mystery and fragility of the ambiguous space in which these soft shapes appear. The forms are strongly defined in bold colours but their blurred edges, reminiscent of the brushstrokes of Japanese calligraphy, suggest that they are moving within the pictorial space. The combination of bold, clear form with a more uncertain sense of mysteriousness also echoes some aspects of Japanese minimalist typographic posters, another influence on De Haan’s aesthetic sensibility.

As in many other examples of De Haan’s work, there is, for the viewer, an intriguing uncertainty about how these photographs are made. They rely on the creative experimentation that he brings to his unconventional use of the camera, and his unique combination of digital and analog processes in the way he uses the computer to generate a primary image. This is set in motion through the slide show function and then photographed directly from the screen. Thus, the eventual still photograph results from the movement of and transition between digital images on the screen as well as the manual movement of the camera. The ukiyo images are realised by photographing a slideshow of circles. The relation between the interval of the slideshow and the camera’s shutter speed determines the number of circles captured in one shot. The final shape of the circles is determined by moving the camera and/or using the zoom-function during the exposure. There are other complexities in the production of this work too, resulting from the reversal processes inherent in photography. The deep, rich reds in these images begin on the screen as their opposite, a cool turquoise blue, and the light background is as black as the night sky. The colours we see are only revealed after the screen is photographed, in darkness, and the final, inverted image is then processed. This adds to the experimental and improvisational aspects of De Haan’s production, since he is creating the colours in the original digital image with only an approximate sense of the colour that will be revealed in the final photograph.

This understanding of the technical processes involved in making the images, far from breaking the spell of the mystery, adds another layer of complexity to our perception of the ukiyo series. The vitality of traditional Japanese calligraphy lies in the obvious movement of the brush in streaking, sometimes crude strokes, because the technique dictates that no corrections to each brushstroke can be made, each line instead simply flowing into the next. It is easy to see a parallel between this and the movement of De Haan’s camera, as it transforms the perfect circles on the screen into the diffuse and dynamically shifting shapes of the resulting ukiyo photographs. – Derek Horton